Aren't you worried that they'll fall behind academically? 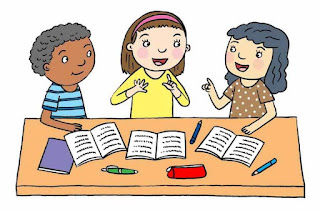 "If a man does not keep pace with his
companions, perhaps it is because he hears a different drummer. Let
him step to the music which he hears, however measured or far away.
It is not important that he should mature as soon as an apple-tree or
an oak. Shall he turn his spring into summer?"
― Henry David Thoreau, Walden

Actually, that is the one thing I don't worry about. In Florida, homeschool students are not held to the same standards of their publicly educated peers. Why? Because the environment is as different as is the child. When a student learns at home and in the community, they can learn at their own pace. This might mean that they work in various grade levels through the different subjects, but that doesn't mean they are behind. Every child learns according to mental development, and homeschooling allows them to master concepts rather than temporarily learning skills for testing purposes.

In my own homeschool, my children are expected to master a concept before they move on because specific ideas lay the foundation for a better understanding of others. We have tried formal learning, child-led learning, documentaries, and learning with games. It seems that learning with games is a favorite, but not always the best option. A common practice among homeschooling families is doing what we call unschooling. This gives the kids a chance to decompress and reset before moving into a new lifestyle. Some families "Unschool" full-time.

"But they don't know everything their peers currently do!" I get it! Many people are concerned about this, but most homeschool parents (including this one) focus more on the end result (adulthood). So, teaching the children where they are instead of forcing memorization means they are exactly where they should be according to their own development. For example, I was publicly educated and did not understand basic algebra until I attended college. My mind had matured enough to grasp the concepts that the professor explained in exquisite detail.

Finding a homeschool routine takes time, and no two homeschools will be the same in approach or even what is being taught during the school year. Some families only do formal lessons during the time that most students are in public school, and some homeschools work year-round. Some families focus on basics and let other types of learning happen as the child has experiences in life. Even more, some families encourage learning through reading, watching movies, and living in everyday life with no formal lessons.

As you can see, a home educated student will not have the same experiences that a publicly educated student has, but that does not mean that they are behind in their education. In fact, some students will be much more advanced in some areas than their peers. The freedom often afforded to homeschool families means they can travel more too. There are several opportunities for education in travel experiences, but that is another post.

Do you have an idea or concept that you would like to add? Comment below, but remember, I may quote you! 😉
Posted by Stephanie Rataj at April 21, 2020