What if they turn out to be weird? 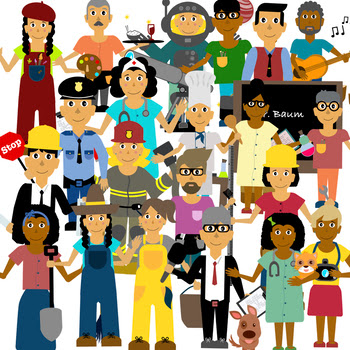 "Weirdism is definitely the cornerstone of many an artist's career."
― E.A. Bucchianeri, Brushstrokes of a Gadfly,

This one makes me laugh a little! I'll explain it. How many people do you know that spent the entirety of their education in public school and are still quite strange as far as society is concerned? Some of history's most influential creators, inventors, and scientists were thought to be weird by their peers. Some of those people were even homeschooled. Children have usually developed their personality by the time they reach school age, but can adjust it as they go through life. What is different is the way they are taught. We need people who are different. A bunch of sameness makes for one very dull life and culture. Different doesn't necessarily mean weird!

A person's personality is not dictated by the way they are educated alone. In fact, according to APA (American Psychological Association), character changes for the better over time. It was once thought that a child's personality was set by the time they reached grade school, but recent studies have shown that characters can shift in the 20s, 30s, and even in the 60s. Therefore, one cannot blame a person's education entirely for individual differences. Though the personality of the individual will have developed some upon beginning public school, the homeschool student will not have developed some habits that publicly educated individuals have and vice versa.

A very famous writer many adore, J.R.R. Tolkien, wrote the Lord of the Rings Trilogy and The Hobbit, was homeschooled until he was 12 years old after his mother died. Tolkien was a philologist, meaning he studied "literary texts and written records, the establishment of their authenticity and their original form, and the determination of their meaning," and he ENJOYED it! Many would consider this weird, but isn't it necessary?! We need weirdness. "Weird" people are creative and inventive. It takes several "types" of people to run our world. We need doctors, nurses, psychologists, psychiatrists, housekeeping workers, food workers, florists, artists, actors, clerks, servers, typists, call center specialists, thinkers, doers, makers, and growers.

According to some, the public school system in its current form was designed centuries ago to raise people for office and warehouse work. We also encourage college education as if it is the only way to be educated after primary and secondary school. I'm not saying it's a bad idea, but we know that we need people in every area, not just those with degrees. Expecting kids to grow up and be like everyone else isn't realistic. We need diversity, it keeps life interesting.

In summary, history is full of homeschooled "weirdos" that have done amazing things. A person's personality is formed based on several factors throughout their lives, and NOT isolated to how they are educated. Diversity is important! Not everyone wants to or needs to be highly trained to contribute to society. Lastly, "weird" people may be different, but it is our differences that make this world so beautiful!

If you have something, you'd like to add, please comment below! Be careful though, I may quote you in future posts! 😉